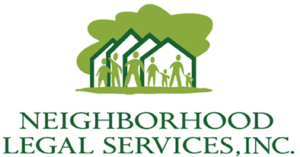 A Brief History of NLS

Neighborhood Legal Services began as a project of the Legal Aid Bureau of Buffalo in late 1965, with funding created as an outgrowth of President Lyndon B. Johnson’s War on Poverty. Initially, NLS had four neighborhood offices located in Buffalo and Lackawanna neighborhoods with the largest concentration of low-income residents. Attorneys handled a broad array of problems, and were the first to represent clients in welfare matters. NLS also practiced heavily in landlord/tenant law, and began working on law reform cases designed to help many clients by establishing new principles of law. Until this time, law reform cases were unheard of in the practice of legal services. In 1976, NLS separated from the Legal Aid Bureau and was incorporated as its own nonprofit entity. NLS was funded primarily by the federal Legal Services Corporation to provide civil legal assistance to low-income residents of Buffalo. Two years later, this funding expanded to include Erie County. To meet these new responsibilities, in November 1978, the NLS neighborhood offices were consolidated into one Buffalo office in the Ellicott Square Building. The new downtown office proved to be a great location.  It was accessible to the court and county buildings and its central location was convenient to clients who could reach it by public or private transportation. Over the years, NLS received additional streams of funding through the New York State Interest on Lawyer Account Fund (IOLA), United Way and local foundations. As the result of funding increases, the staff of NLS began to grow significantly. NLS experimented with the use of specialists in substantive areas of law to see if the quality of legal representation could be improved, and created a system to categorize cases into Family, Housing, Consumer and Administrative Entitlements (Welfare) units. The experiment was so successful that NLS continues to use this system today, now the Family, Housing, Public Benefits and Disability units. In January 2004, NLS merged with Niagara County Legal Aid Society in Niagara Falls (Niagara County) and with Oak Orchard Legal Services in Batavia (Orleans, Genesee and Wyoming Counties).  The merger was a response to the consolidation of grant service areas by the Legal Services Corporation. Today, NLS helps hundreds thousands of clients each year in many different areas.  We represent clients who are about to be evicted, or who have no money for food or rent.  We represent victims of domestic violence and veterans.  We represent people with disabilities who are unable to work, or who are trying to get back into the work world.  We help children with profound physical disabilities who need medical equipment just to live day-to-day. To help clients, NLS advocates get out of our office and into the community.  We have a Justice Bus that will bring our services to remote underserved areas, as well as to underserved urban communities.   We place advocates at the Family Justice Center, the Buffalo Veterans Administration Medical Center, and the Buffalo and Niagara Falls City Courts.  NLS has partnered with local community healthcare providers to help improve health outcomes, stabilize low-income individuals and families, and reduce the negative impacts of poverty. Last, NLS advocates regularly conduct outreach and community training events.  In in first nine months of 2019 alone, NLS advocates participated in 54 trainings and outreach events reaching more than 6,300 people.